Greetings! I’m an evolutionary ecologist in the Department of Ecology and Evolutionary Biology at the University of Arizona. I’m broadly interested in the evolution of interactions, and the consequences of these interactions for the evolution and diversification of lineages and clades.

Most of this work uses the highly diverse interactions between leafflower plants (Phyllanthaceae: Phyllanthus s. l.) and their pollinating and non-pollinating leafflower moths (Lepidoptera: Gracillariidae: Epicephala) as a model. I have primarily focused on a mutualistic co-radiation of leafflower trees and moths in French Polynesia and native non-pollinating leafflower moths in the southern United States. I have also done fieldwork elsewhere in the Asia-Pacific region and the Americas, and collaborate with evolutionary genomicists, theoreticians, and chemical ecologists. 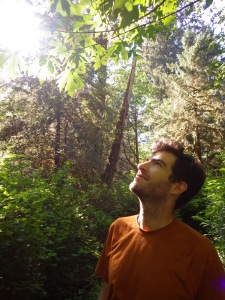